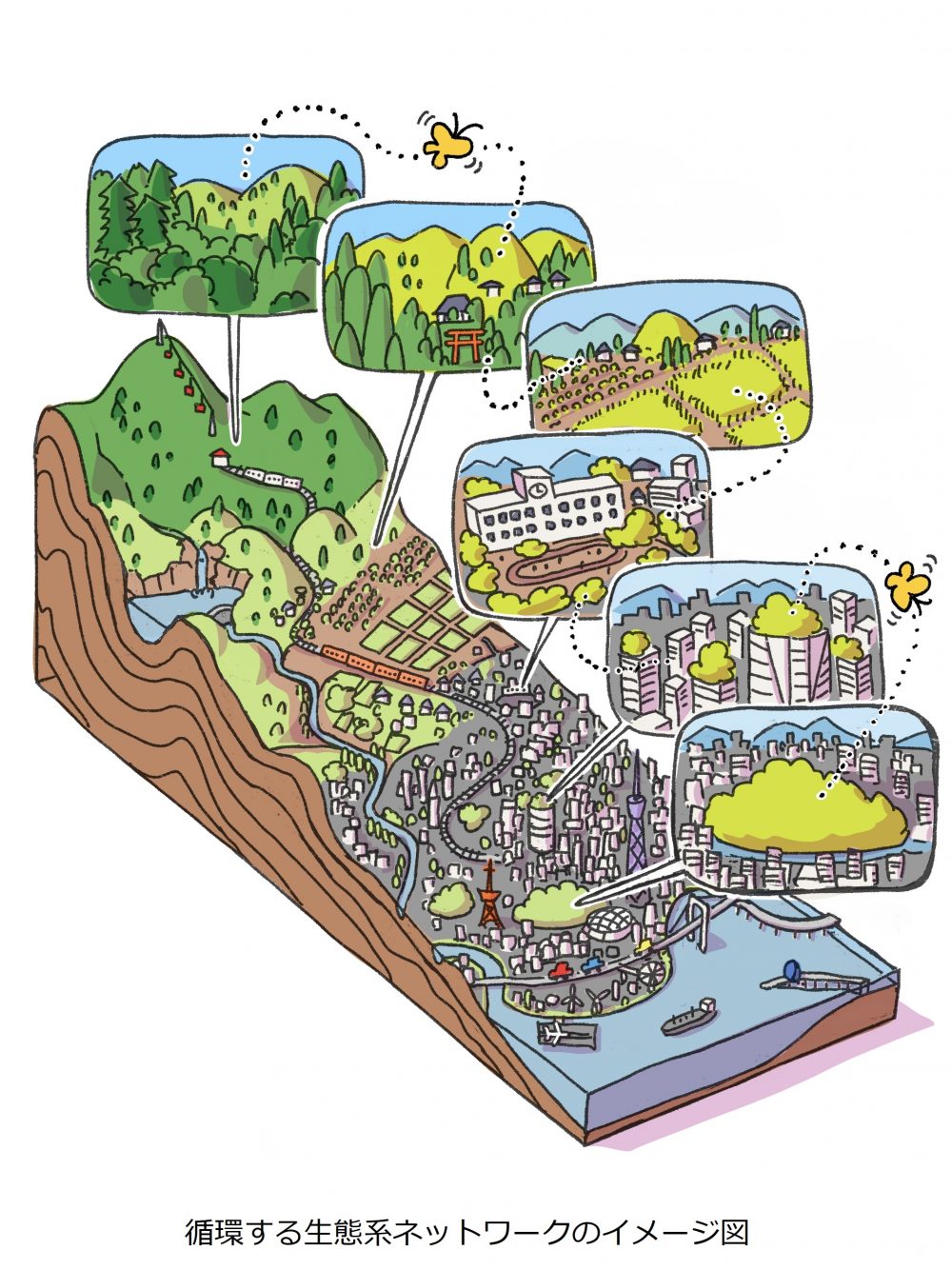 The history of agriculture involves a constant trade-off between productivity and environmental impact. While modern agriculture has achieved tremendous productivity growth through large-scale monoculture, this has also led to desertification and other forms of soil degradation in many regions, hastening environmental decline.

♦Synecoculture: Agriculture that overcomes the trade-off between productivity and environmental damage
By bringing together various species of plants/insects, Synecoculture is a method of open-field agriculture that - without the use of any plowing, fertilizers, agricultural chemicals, or anything else except for seeds and saplings - allows for the creation and management of ecosystems that bring out essential qualities of the plants growing in natural state and recover the functionality of the soil. Not solely for food production, Synecoculture uses a holistic method that has been designed to positively impact the environment and human health as well. The state of improving biodiversity and its functionality by surpassing an ecosystem's natural state through human assistance is called "augmented ecosystem" and has been formulated scientifically.

♦Plant cultivation through Synecoculture transforms existing urban landscapes.
Many urban tree-planting efforts use an extremely limited number of plant species. Adoption of the Synecoculture philosophy would promote biodiversity in cities, and bring many potential ecosystem benefits such as air purification and reducing the impact of heat islands and "guerrilla rainstorms" while also cultivating many different types of plants.

This latest experiment is based on the insight and experience into outdoor growing gleaned from proof of concept trials conducted in West Africa starting in 2015. It seeks to test the introduction of Synecoculture and ecosystem expansion on urban rooftops. More specifically, five special planters, using three different varieties of soil, will be installed on rooftop gardens in Roppongi Hills. These planters will contain over 100 species of plants, consisting primarily of vegetables and fruit trees, and their growth progress will be monitored. Separately from the planters, approximately 200 species varieties of useful plants will also be planted directly into the soil of open-air Roppongi Hills rooftop garden.

Through this experiment, Sony CSL will not only explore the possibilities for urban Synecoculture, but also views the planters themselves as a way of experiencing various ecosystem cycles in the raw. Moving forward, Sony CSL will continue to offer proposals for creating urban areas that feature augmented ecosystems in various locations. The knowledge gained from this experiment will also form the basis for the creation of a Synecoculture-related learning platform that will include "Synecoculture Principles Learning Kit," workshops, and more.

Mori Building hopes that this experiment will further deepen the creation of sustainable cities in the future that cities and nature harmoniously coexist, while also continuing to promote Roppongi Hills to various partners as a space for proof of concept trials.

Synecoculture is a new method that achieves both food production as well as the recovery and improvement of ecological diversity, and it could be the key to solving several issues facing modern society such as environmental and food-related problems, poverty in developing countries, and more. A high degree of biodiversity is needed not only for areas threatened by desertification, such as sub-Saharan Africa, but is something that should be tackled on a global scale, including cities. Through collaboration with Mori Building, we hope to provide more chances for people to learn about and experience the various ways in which Synecoculture is striving to help create a more sustainable society.

Human civilizations have been concentrating resources and information in urban spaces since time immemorial. This process has at once protected human lifestyles from natural threats and also cut them off from nature. What, then, would happen when an augmented ecosystem, full of increasingly threatened biological diversity, appears on a rooftop in the skyscrapers of Roppongi Hills? This goes beyond simple food production within cities, and leads to the realization of a new civilizational tool for gathering high amounts of bioresources and information that could even be applied to transform the surrounding ecosystem towards a higher integrity. I feel that we are witnessing the birth of the fusion between human biospheres and natural ecosystems, of a shared capital between nature and society.

Mori Building is always considering the design the future for global cities and lifestyles, and has worked to create and nurture cities. To this end, we believe that harmonious coexistence of cities and nature is essential for building sustainable cities. I sincerely believe that this cutting-edge experiment in urban vegetation being conducted right here in Roppongi Hills will provide to be a major example and guide for city-building as we move forward.