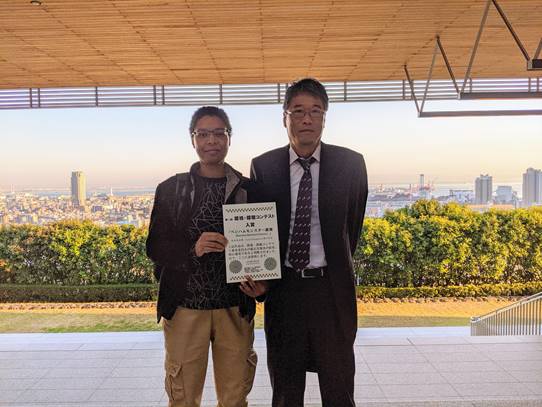 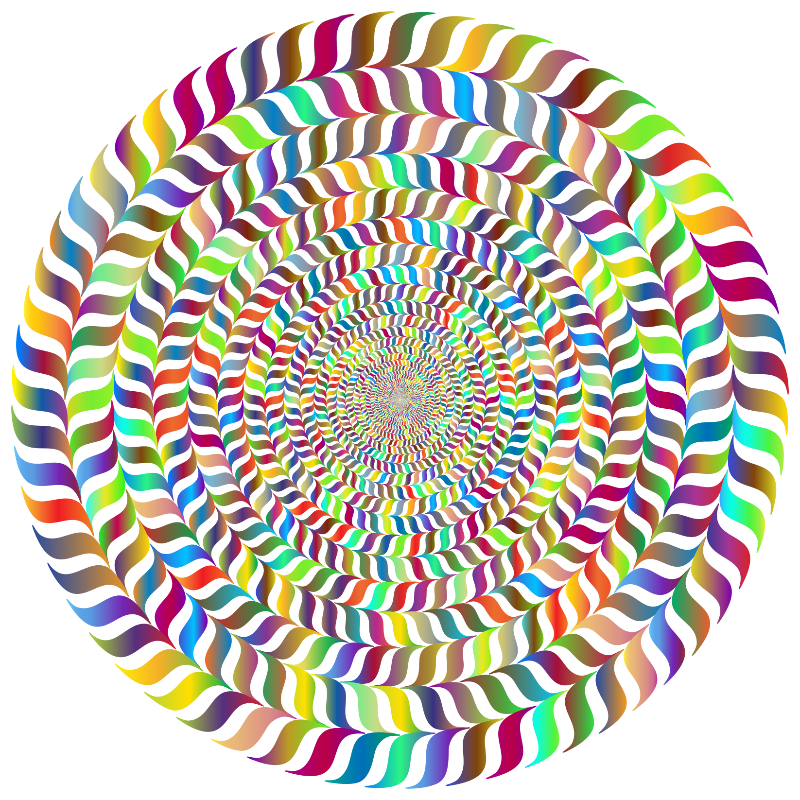 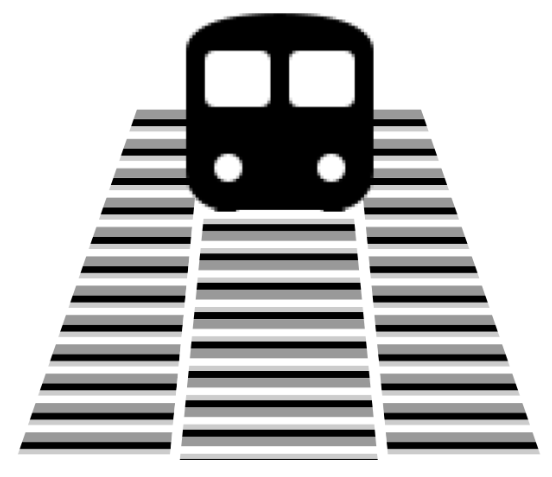 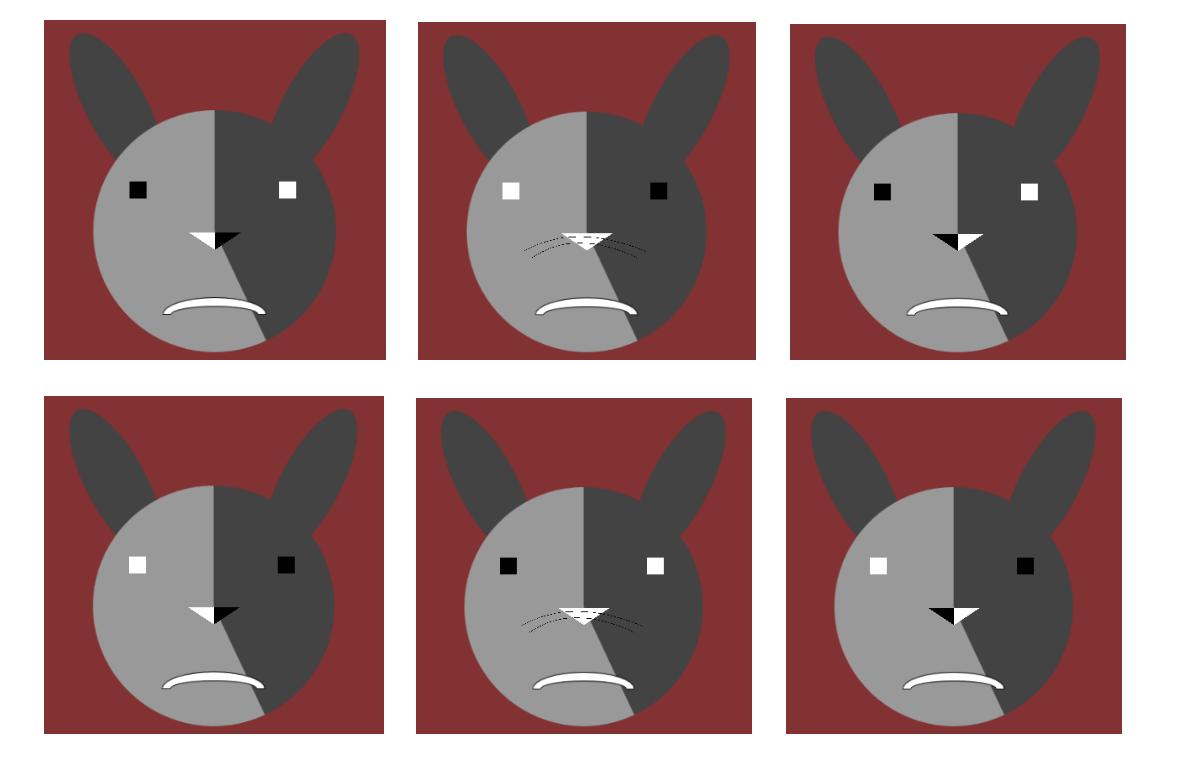 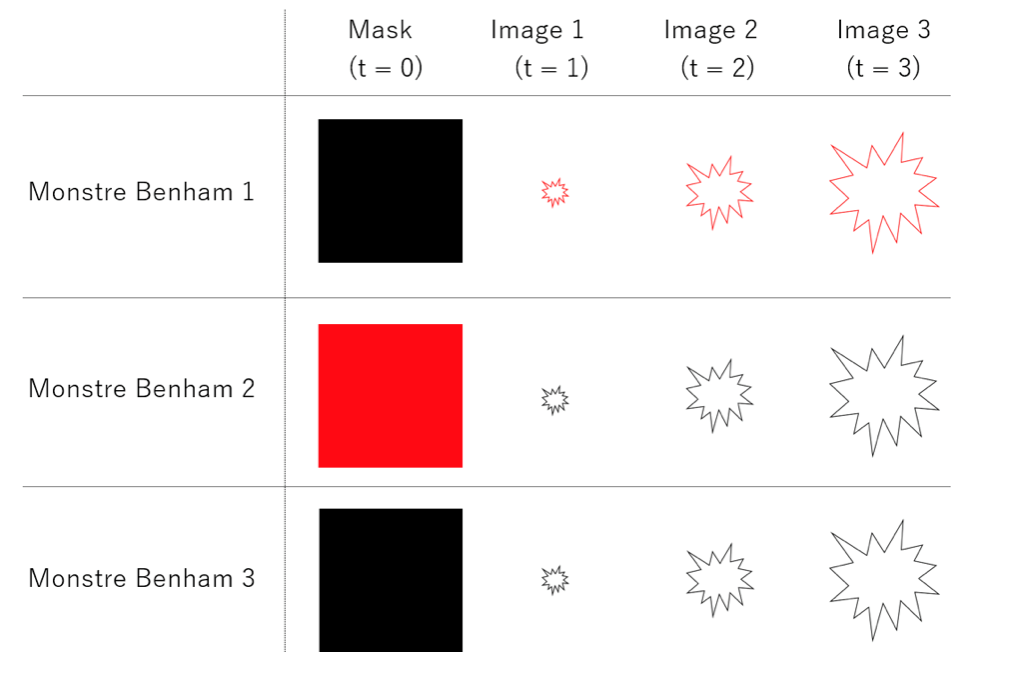 Lana Sinapayen (CSL / ELSI) and Pr. Eiji Watanabe (National Institute for Basic Biology) have been creating new visual illusions based on their common work. 4 of these illusions have been submitted to the 11th Visual Illusion and Auditory Illusion Contest in Japan
Please enjoy the animations below!

/!\ CAUTION: FLASHING CONTENTS /!\
Do not proceed below if you are epileptic or subject to seizures.

Illusion 1: Rotating Fishbone Illusion
The static image of the colored “fishbone”, which appears to pulse slightly, was not created by the authors
(public domain image: https://publicdomainvectors.org/en/free-clipart/Prismatic-colorful-vortex/78308.html).

When the image is dynamically displayed between a black mask and a white mask, the illusion is strongly enhanced and the fishbones appear to rotate at high speed. A large number of illusions can be greatly enhanced with this “black mask/image/white mask” method, including most “illusory motion” illusions such as the Rotating Snakes Illusion and its variations, or the Frazer spiral illusions.

In the animation, the following 3 frames are simply looping:

Illusion 2: Ghost Railway Illusion
A static image of a train (created by the authors) is dynamically presented between a black mask and a white mask. A diffuse gray pattern appears to be moving in the vertical white space between the rails.

The static image is inspired partly from the Rotating Snakes Illusion, and the rails appear to be slightly moving in opposite directions. Although the vertical lines and the white horizontal lines are the same white color, the vertical lines appear “whiter”. Some illusory black dots are also visible, as in the Grid Illusion (https://en.wikipedia.org/wiki/Grid_illusion). However, when the image is presented between a black mask and a white mask, the white vertical lines appear grey in some places. This could be understood as an enhanced version of the Grid Illusion.

Illusion 3: Contrast Illusion
The illusion has 2 main components: The eyes and the whiskers.

To verify that the halos are not an artifact of the video, we can hide one of the rabbit’s square eyes with one of our fingers or with a piece of cardboard, while leaving the border of the square visible. When we cannot see the pulsating square, the halo “disappears”.

This illusion is particularly visible when comparing the middle-left and middle-right parts together. The difference in perceived thickness is due to the order of the black and white masks.

Illusion 4: Monstre Benham Illusion
Then Benham Top is a black and white top that, when rotating, causes people to perceive illusory colors like red or blue. Illusory colors were first discovered by the German physicist Gustav Fechner, and the Benham top was built by the English journalist Charles Benham.
We have implemented a version of the Benham top that instead of spinning, works like a flip book.
The 3 versions presented here are loops of the form "Mask・Image 1・Image 2・Image 3". The mask can be black or red, and the images can also be black or red outlines.
In a given loop, all 3 images are the same color, be we perceive them as different colors.