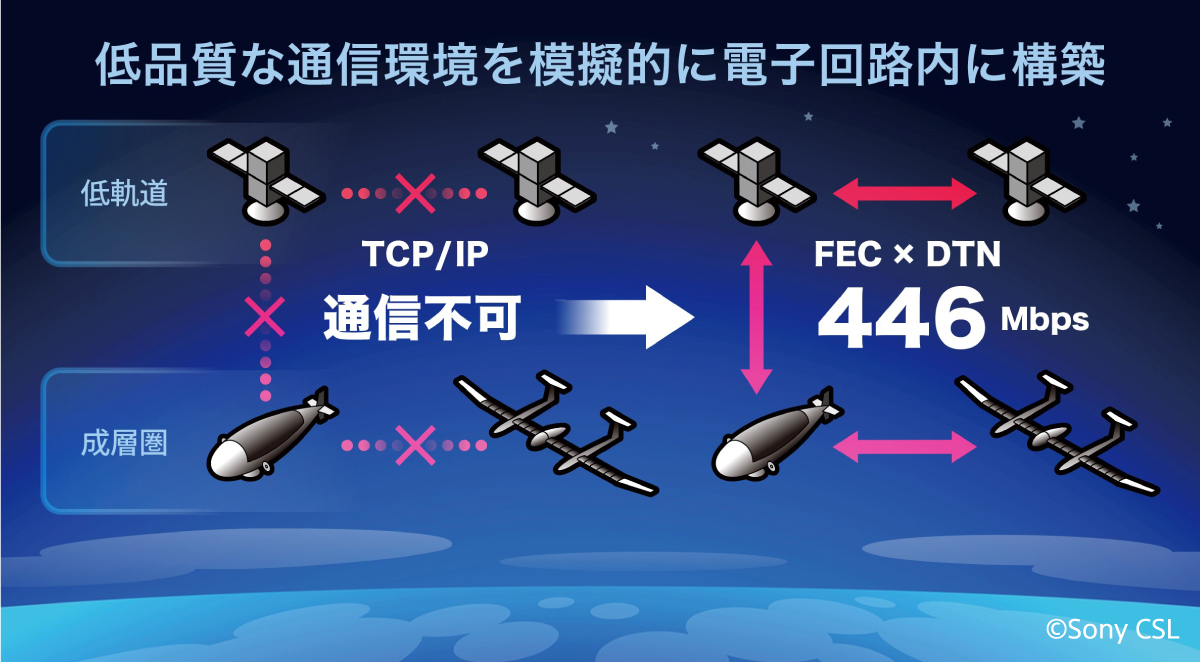 Sony Computer Science Laboratories, Inc. (Sony CSL, President and CEO: Hiroaki Kitano) and the Japan Aerospace Exploration Agency (JAXA, President: Hiroshi Yamakawa), as part of JAXA's Space Innovation through Partnership and Co-creation (J-SPARC)*1 program, have successfully conducted an experiment to transfer a complete data file in a simulated low-quality and error-prone communications environment. Accomplishing transfer data in a strict environment is key to future stratospheric and low-Earth orbit optical communications, and Sony CSL and JAXA have established the technical foundations for the commercialization of this technology. 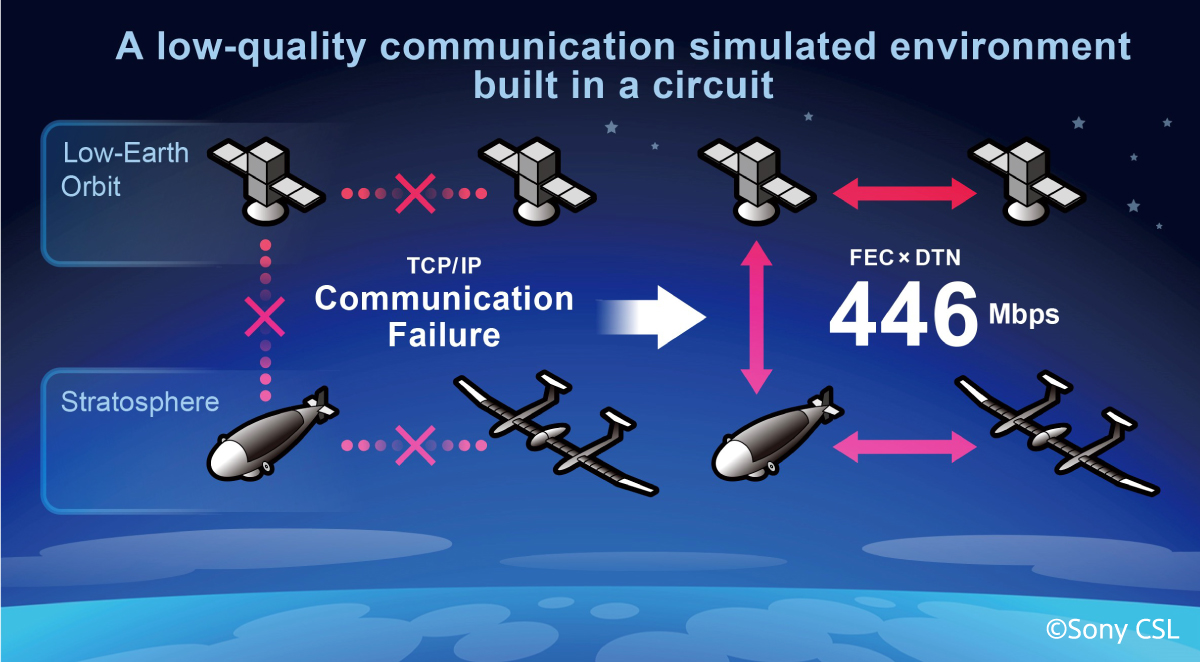 For free-space optical communication to become practical in the extreme altitudes of the stratosphere and beyond, communications equipment must be compact, energy-efficient, and capable of fast transmission speeds. Additionally, the long distances between communications devices mean that any changes to their orientation can result in laser signals from the sending device not being stably received by the receiving device. Signal noise could also occur in the environment and the receiving device causing signal errors. Because of these factors, the standard internet protocol suite (TCP/IP) is unable to secure stable communications link between devices in such environments.

The partnership between Sony CSL and JAXA aims to establish an optical internet service between low orbit satellites and unmanned aircraft for stratospheric telecommunications. An experimental environment with the bit error rate of free-space optical communication built on a Gigabit Ethernet line was simulated in such a manner that communications through general Internet communication was impossible due to low quality. The data file was successfully transferred, complete and uncorrupted, at a speed of 446 Mbps*2 under such conditions. This result indicates the possibility for high-quality and high-speed communications similar to a terrestrial internet service, albeit free-space optical communication.

The communication was done using a signal processing method which combines Sony CSL's Forward Error Correction (FEC),*3 which is based on the Sony Group laser reading technology that has been refined through the development of optical technologies such as Blu-ray, and JAXA's Delay/Disruption-Tolerant Networking (DTN).*4

With this successful demonstration, a solution is in sight to the high speed, high bandwidth, and low energy consumption requirements of point-to-point optical internet service in the stratosphere or low-Earth orbit. We expect this to lead to future business development opportunities for communication services, such as small optical communication terminals installed on low-Earth orbit satellite constellations,*5 or unmanned aircraft for stratospheric telecommunications.

Sony CSL and JAXA plan to continue research and development efforts to realize a high-quality communications service in space.

*1   J-SPARC is a program to create new businesses by starting a dialogue between JAXA and private companies that aim for space business, obtaining commitments from both parties for commercialization, and jointly studying business concepts and fostering exit-oriented technological development and demonstration.
https://aerospacebiz.jaxa.jp/solution/j-sparc/

*2   The experimentation compared with TCP was conducted at the pseudo-random error environment. The bit error rate of 9.77E-4 assumes high-speed internet communication between long-distance with a slight light signal.

*3   Sony CSL's free-space optical Ethernet communication error-correction technology is currently under consideration for experimental specification by the Consultative Committee for Space Data Systems (CCSDS).
In addition, it uses the same base technology as the Small Optical Link for International Space Station (SOLISS) system, which successfully demonstrated two-way communication between low-Earth orbit and a ground station in March 2020.
https://www.sonycsl.co.jp/press/prs20200423/

*4   Delay/Disruption Tolerant Networking is an interoperable networking technology that was devised to carry out internet communications when the TCP/IP does not work due to problems of communication (delay and/or disruption).
JAXA contributed to the specifications of the ISO standards (ISO 21323 and ISO 21080).
https://track.sfo.jaxa.jp/en/business_overview/busi_over04.html